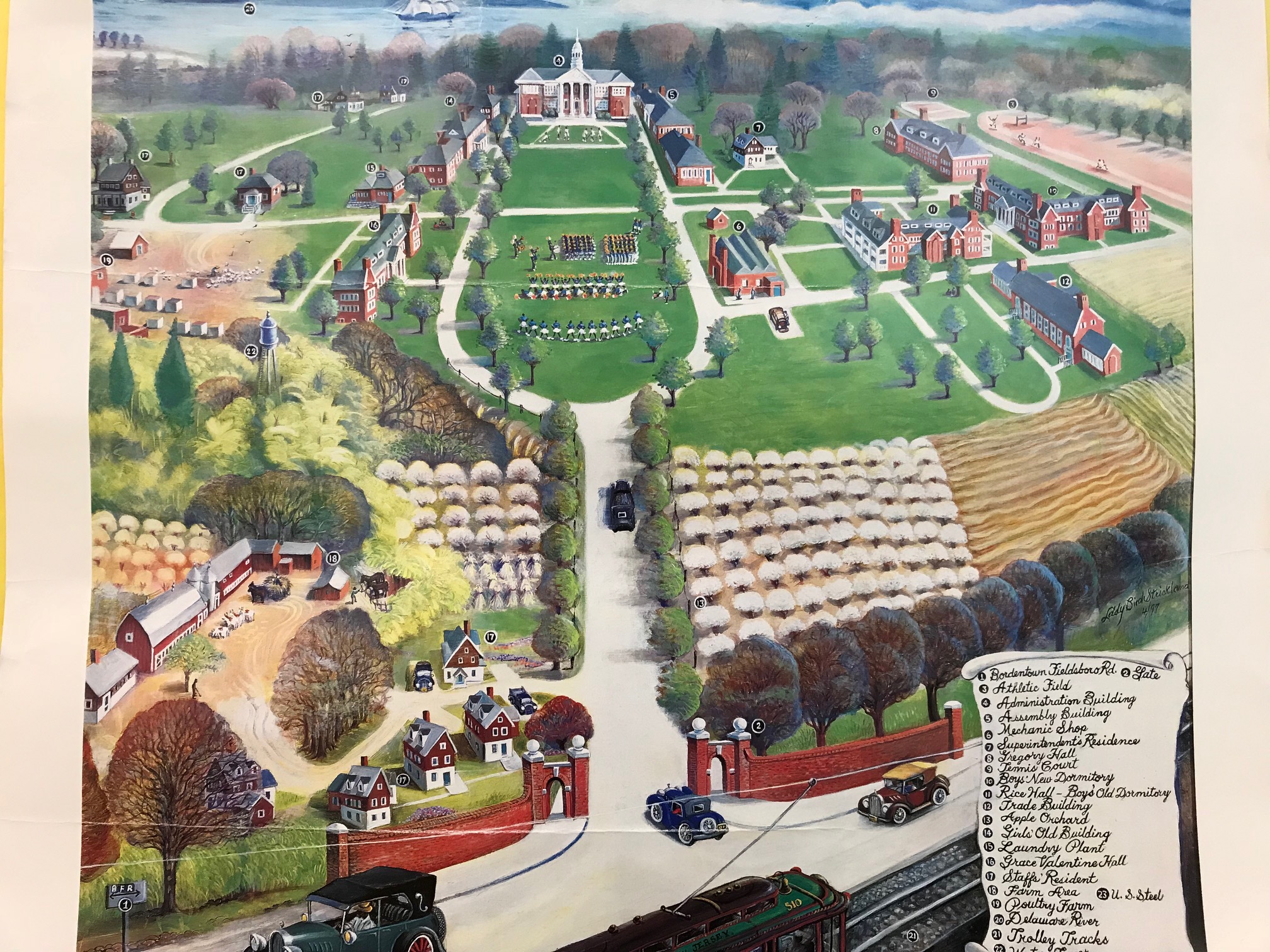 Less than a mile south of historic Bordentown’s center is the site of two notable monuments – one, which exists more in virtual memory, is an estate once owned by Charles Stewart, famed as commander of the 1812 battleship the U.S.S. Constitution, popularly known as “Ironsides”; the other is an actual monument that commemorates the Manual Training and Industrial School (MTIS) or the Bordentown School, which occupied the site for six decades and made it the campus for an iconic educational institution.

Though the school’s unique and distinguished history has been attracting well-deserved attention recently, less known is its connection to the Stewart family that owned the land for much of the 19th century. In honor of that connection, the school was also known as Ironsides – in fact, during its first decade, it was called Ironsides Normal School.

Learn about the history and significance of MTIS; its distinctive education program combined academic courses with trade training and was influenced by leading educators such as Booker T. Washington, W.E.B. Du Bois, and John Dewey, all of whom visited the campus. Other visitors included Paul Robeson, Mary McLeod Bethune, her friend Eleanor Roosevelt, Duke Ellington, Althea Gibson, and a host of others.

About the Presenter: Connie Goddard, Ph.D. is currently writing a book about the school in Bordentown and two other distinctive Progressive Era manual training schools, one in Chicago and the other in North Dakota. A widely published journalist and independent scholar, Goddard’s doctoral dissertation was on Chicago’s “educational stateswoman” Ella Flagg Young, who worked closely with John Dewey and visited Tuskegee Institute as superintendent of the city’s schools. Goddard has given numerous presentations on Young, Dewey, W.E.B. Du Bois, and the three schools that are the subject of her book.